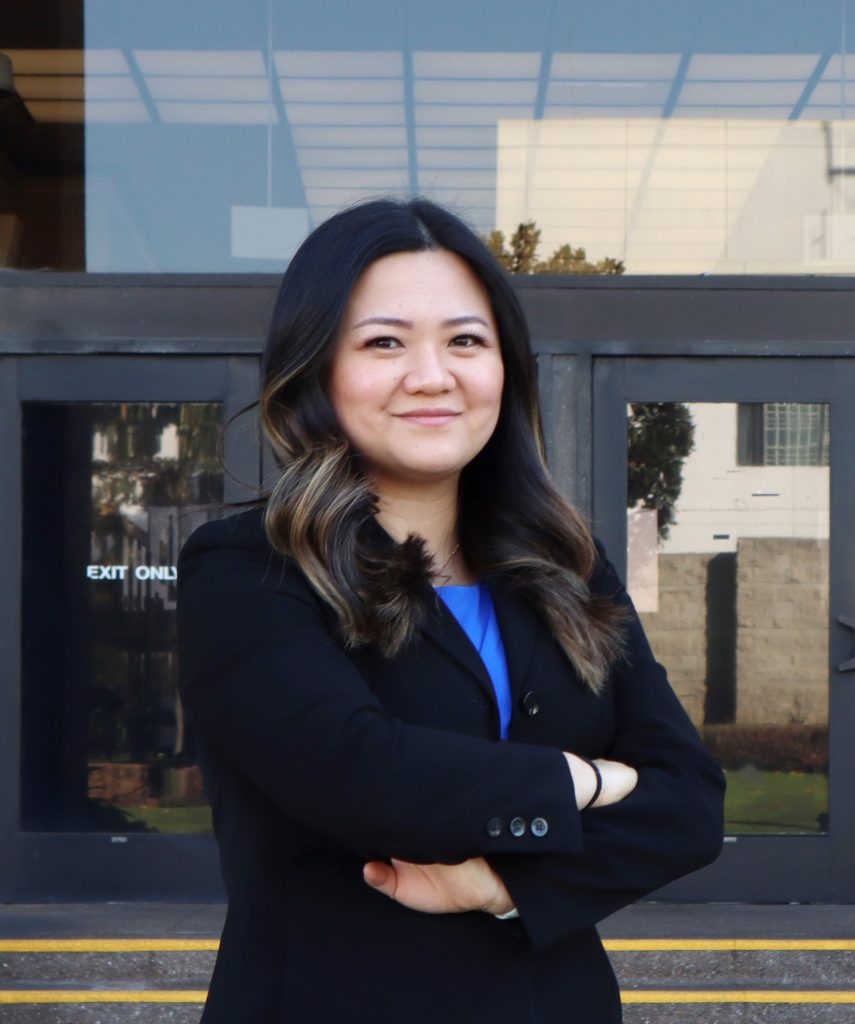 A Los Angeles County native, Lisa Z. Liu graduated from one of the top ten law schools in the nation, the University of Michigan Law School. She finished law school in two and a half years and passed the California Bar Exam immediately thereafter. Lisa is a former Deputy District Attorney who has reviewed thousands of police reports during her time at the District Attorney’s office.

She has also litigated thousands of misdemeanor cases such as assault, resisting arrest, DUI, suspended licenses and other traffic related offenses, theft related offenses and drug related offenses. Lisa Z. Liu is an aggressive trial attorney who has done many felony and misdemeanor jury trials with favorable verdicts. She works tirelessly for her clients to help them achieve the results they deserve.

In her free time, Lisa regularly volunteers at pro bono clinics, to further help her community.

B.A. in Political Science and Minor in Public Affairs

Betty Osuna-Garcia is a Case Manager at the Law Offices of Lisa Z. Liu. Betty is a native speaker in Spanish and serves as the firm’s interpreter for all Spanish speaking clients. Being with the firm for over 4 years, she has extensive experience in criminal law, and she manages administrative tasks for the office. She makes sure that subpoenaed items are received promptly and that all of the evidence in your case is received timely for Attorney Lisa Liu’s review.

We are the highest ranked law firm with the most reviews in the San Gabriel Valley on Yelp. We have served hundreds of clients like you. Most of our clients are typically working professionals and first time offenders. We believe that a criminal charge should not affect your life forever. Call us now so we can strategize how to dismiss or reduce your criminal case today.

Lisa Z. Liu is a former Deputy District Attorney with a decade of experience in solely criminal law. She is a board certified criminal law specialist. She is known throughout California, as she is a board member on the largest statewide criminal defense organization in the nation. Hire someone with the best reputation to represent you and your case in court.

We are a boutique law firm, meaning that Attorney Lisa Z. Liu personally handles every case, and every client receives personalized attention; we do not take every case. Our firm's mission is to make a positive difference in each case we do accept, whether it is dismissing entire cases or specific charges, reducing charges, reducing incarceration time, saving a professional license, or preserving your immigration status.